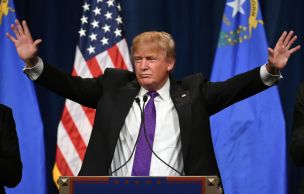 Image from The New Yorker

It’s safe to say that the outcome of the last night’s presidential election was unexpected. Most polls showed Hillary Clinton with a solid lead for months prior to the election, and many pundits on the right and left had basically handed the victory to Clinton. But, in the light of day, we are faced with President-Elect Trump, and it has come with a significant amount of anger, both leading up to the election, and in its aftermath. Many Americans are afraid; many are truly feeling the meaning of the words “underrepresented group.” As per usual, there are talks of secession, both from states like California who went overwhelmingly for Clinton, handing her the popular vote. And, of course, there are obviously many who rejoice at this outcome, though many psychologists would say that their anger about their relative positions in society is what fueled this victory in the first place.

Anger is its own special kind of thing when it comes to emotion. Most positive emotions, like happiness and delight are approach emotions, meaning that you move towards experiences, things and people that elicit these kinds of emotional states. You are definitely going to move towards that adorable puppy, or that day at the beach. On the other hand, most negative emotions, like fear or shame, are avoidant emotions. We tend to fold into ourselves when we feel negatively, we remove ourselves from situations and from others. There is actually only one negative emotion that is approach oriented: Anger.1 That’s why people fight each other, yell at each other and tear their shirts off when someone challenges them at a tense football game. And man, voters all over American are obviously pretty peeved, albeit for different reasons. I’m glad the Super Bowl isn’t for a few months or we’d be seeing a lot of white beer bellies.

Anger is a universal emotion.2 People in every culture all over the world are hard wired to recognize anger in others, since, you know, it might be directed at us and it is fairly useful to notice that, survival-wise. In many ways, emotions are evolutionarily useful, someone’s face of surprise will tip us off to impending danger before they can produce words to tell us. But they also affect the way we think. The more intense the emotion, the less logical we are.3 That’s why we make dumb decisions when we are infatuated with an unsuitable love interest, or why we say that we “see red” when we are really angry. Added to that, high emotions are likely to evoke system 1 thinking, in which people make decisions based on mental shortcuts, instead of system 2 thinking, in which people methodically compare all alternatives.4 Anger basically creates an emotional version of cognitive load. Anger occupies so much of our thought processes that we don’t have enough attention left over to make good choices. Really. This is a thing.

There are different factors governing the anger expression on the right and on the left. On the right, I believe we are experiencing something similar to the backlash against Bush in 2000. Researchers found that Americans are more likely to back the candidate they see as less “corrupt,” and in the Bush v. Gore matchup, Bush was the political insider whose own father had been president. Voters who viewed this as nepotism cast their ballots for Gore or Nadar.5 For people on the left, many are angry that we are still experiencing serious gender, racial, sexual preference and income inequality and it only seems to matter to a portion of the population. On both sides, people tend to react with anger when they feel that they have behaved the right way, but that others have taken success from them.6 For republicans, a lot of the anger appears to center around the idea that undocumented immigrants are taking American jobs and sowing seeds of terrorism. For democrats, much of it appears to center around the idea that a majority of white people are still able to dictate the state of our union.

Sadly, many of us will be angry for a bit. And that’s okay. But we can choose to wallow in a sense of helplessness, and to mourn the loss of our country to more powerful forces of isolationism and fear than we thought. Or we can choose to get pissed. We can choose to let that angry energy fuel our movement to make America a more tolerant place. To pose a serious, noisy challenge to legislators who seek to pass laws that do not represent us. To protest when the powers that be attempt to shove their opinions and their values down the throats of the American people. To get involved in elections on the local level. To know who our representatives are and what they stand for. To join in races ourselves, and bring our own views into the conversation. The fact is, the presidential election is over. Donald Trump will be our president. We can choose to flee to Canada and lick our wounds, hoping the electorate magically changes in four years. Or we can get pissed enough to stand together and choose to fight.

Get Psyched, Psych in Sum, Uncategorized

This week, Hannah provides the research highlights of early fall 2015!

You may already know about the cognitive consequences of Google but this article explores some social consequences of Google and technology more broadly.
Promising lab research suggests that comedy may be an effective means of coping with emotional distress.
New research conceptually replicates an old finding – that taking acetaminophen (Tylenol) can blunt negative emotions – and extends it, suggesting that acetaminophen may blunt strong positive and negative emotions alike.
Hm… I won’t be trying this unusual method of enhancing self-control based on the theory of inhibitory spillover: that trying to control your behavior in one domain might help you control your behavior in another.

Hannah graduated with a degree in Psychology from Reed College, and worked in educational research and meta-analysis as a lab manager at Duke University before entering the Social Psychology PhD program in 2014. Her research focuses on social psychological processes at work in educational contexts.