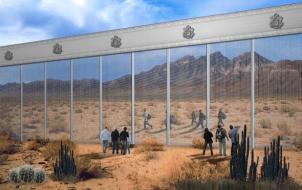 We’ve all heard it. Immigrants will undermine the American way of life. Muslims will institute Sharia law and overtake our legal system. Gun control will lead to an imbalance of firearms between law-abiding citizens and criminals. Conservative talking points have long appealed to America’s anxieties. Our anxiety that the country we love will change into something we no longer recognize. Our anxiety that people who aren’t like us are out to hurt us. And our anxiety that those who aim to hurt us may end up with the upper hand.

Anxiety is worry without reason, but it feels all too real. And it motivates us to alleviate our unease, often by avoiding others we find threatening. Appealing to people’s anxieties, as baseless as they may be, is an extremely effective way to encourage social isolation. Anxiety about other groups feeds xenophobia and prejudice, but it also moves people into protection mode, leading to the social exclusion of outgroups.1 Consider conservatives’ protectionist response to the Ebola crisis. When anxiety about disease increased, calls to close our borders rose as well.

Liberals, on the other hand, tend to use appeals involving moral outrage. Immigration enforcement is tearing families apart. A religion that is 99.9% peaceful is being grossly mischaracterized by zealots. We are playing fast and loose with our environment and the future of our children. While emotional appeals are cheap on all fronts, anger is the only approach-oriented negative emotion.2 Sadness, fear and anxiety all make you want to lay in your bed alone and cower; anger has you primed for a fight. In this way, anger appeals are motivating, but they aren’t isolating. This is in keeping with the globalist leanings of liberals. They are outraged about various problems, and they want to engage with others to solve them. It makes sense why liberals are known as progressive policy-makers, because anger creates forward momentum. But what happens when liberals are anxious, not outraged?

In their book Anxious Politics, Albertson and Gadarian conduct an experiment to investigate who the public trusts when anxieties are high.3 They found that people react differently to internal threats where the US government is at least somewhat accountable for outcomes than they do to external threats, where the government has no control over the threat.3 In order to test this concept, they conducted two experiments, one about swine flu, which was an external public health threat, and one about illegal immigration, which was an internal threat that the government could control.3 They found that anxiety over swine flu increased trust in experts like personal doctors, as well as in government agencies, like the CDC, relative to people who were not anxious about swine flu.3 Interestingly, though, it does not appear to influence trust in partisan actors like the Surgeon General as much as non-partisan actors, like the FDA.3 But for participants who were made to feel anxious about illegal immigrants, liberals and conservatives alike increased trust in republican partisans.3 It wasn’t that liberals endorsed republicans over their own partisan actors, but compared to controls, anxious liberals were more trusting of republican politicians to make decisions related to immigration.

Simply appealing to people’s anxieties can change the way they feel about a situation, their opinions about the policy that should be made in response to it and the manner in which they treat the people involved. Republicans have made a political killing playing on these anxieties. So much so that the party that offered amnesty to illegal immigrants in the ‘80s has become the same party that insists we need a wall to keep illegal immigrants out. If liberals aren’t careful, more and more democratic voters will warm up to republican talking points. And it’s awfully hard to be outraged about what’s happening when you are huddled under your covers. In fact, the GOP is counting on it.