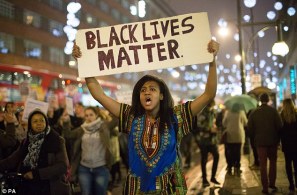 Minorities are a paradoxical thing. Even though they are composed of a small amount of people, they can have incredible influence. Many major advancements and legal movements have been spear-headed by minorities, ranging from the followers of Copernicus spreading the word of heliocentrism, to teetotalers advocating for alcohol prohibition, and ultimately amending the constitution, in the U.S.. Few great achievements come without challenge, and equal treatment for black citizens under the law appears to be one of those things. We know from history that small groups of people can accomplish big things, which is why it’s important to keep the Black Lives Matter movement alive for change to occur in penal and legal overreach.

For decades, social psychologists have studied minority influence, which, as you may have guessed, is the capacity for a small group of people with an unpopular opinion to change beliefs.1,2 In any given social issue, the dominant group, or those in power, have the most social influence over the target population, the people the group is hoping to influence. But minority groups gain traction by challenging the dominant group, presenting themselves as innovative alternatives to the status quo.3 Research has largely found that opinion change caused by the majority is often temporary and public, whereas opinion changes caused by the minority are indirect and persistent.4,5,6 Majorities inspire public conformity, but minorities foster true attitude change. Unfortunately, privately held opinions don’t help to propel minority movements, but they may be a better reflection of where someone will allocate his or her voting power, alone in a cubicle in an elementary school gym.

In addition to being influential, people who are in minority groups are liked by others. One study planted minority influencers in teams over the course of a 10 week study, and found that teams with members that advocated for the minority position improved their divergent thinking and came up with more original products than control groups without a minority influencer.7 Minority influencers were also given higher ratings by peers, indicating that group members valued the minority contributions.7 Since we know that groupthink can lead to terrible decision-making, it is not that surprising that team members would value teammates who help to point out potential pitfalls. However, it is surprising that those minority members were better liked than people who shared the majority opinion, giving us hope that social change doesn’t have to equal social conflict.

Interrupting Bernie Sanders’ Seattle campaign event earlier this month may have been controversial, but it has helped to keep the Black Lives Matter movement in the news. Only once there is enough tension will the dominant group be forced to answer to the movement, and Black Lives Matter is obviously fueled by passionate, young people who are willing to be persistent in changing attitudes. Research does indicate that Black Lives Matter may benefit from a more centralized operating structure, as consistency of the message of the group, as well as the confidence with which attempts are made to convey the message, are important factors for influencing majority members.8

Individually, we can all do our part to open our minds and hearts to the message of minority movements, and allow ourselves to be guided by the evidence at hand over political dogma. The Black Lives Matter movement has already had an incredible influence on the political climate of the 2016 election. As long as they continue to challenge the status quo with consistency and credibility, attitude change is all but inevitable.