Summer is a time when people set new goals for themselves. It means more time for exercising, gardening, catching up with friends, or organizing your place. It could also mean traveling, more work, or any combination of these activities. But setting goals does not guarantee success of goals… 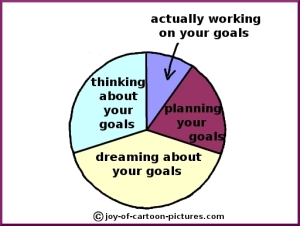 Why is it easier to achieve some goals than others? Aside from the obvious—some goals are genuinely more difficult to achieve, like buying a home compared to earning a free coffee after purchasing 12 coffees prior—other factors may be influencing your success. Using goal research, the following questions serve as a primer to increase your likelihood of successful goal pursuit.
1. How is the goal defined? The more concretely a goal is defined, the easier it is to measure progress toward goal achievement. For example, let’s imagine that someone has a goal to eat healthier. An admirable and respectable goal, indeed, but what does eating healthier mean to this person? What would success for this goal look like? The more specifically the goal is defined, the easier it is to track progress toward goal achievement. Maybe eating healthier means eating a banana every day. Maybe it means limiting dessert to twice a week. Regardless of the form they take, setting tangible markers of progress increases your likelihood of success [1].

2. Do you think you can do it? Setting realistic goals is not new advice, but it bears repeating. Your expectations of goal achievement influence your progress toward and your commitment to your goal. If you expect yourself to crash and burn, then you probably will. Many of us have experienced this firsthand. If you have a goal of reducing social media usage, but you doubt that you can break up with Facebook, then readjusting your goal to account for your own preferences is recommended. Sometimes this translates into setting smaller and manageable goals first, and then working up to a greater, and ultimately desired, end goal. Maybe you strive to reduce your Facebook usage gradually, or you eliminate Twitter or Tumblr first, for example.

3. How close are you to achieving this goal? Beginning a new goal versus being near goal completion typically requires different strategies. People often adjust their goal pursuit strategies without realizing it depending on the particular stage of goal pursuit. For example, some research suggests that people exaggerate any progress made in the beginning of pursuit to make success seem more attainable and downplay progress toward the end when close to goal completion to highlight the need for continued effort [2]. Other work suggests that perceiving progress toward a goal (i.e., believing that you’re closer to goal completion) leads to relaxed pursuit of the goal [3], also known as coasting. Coasting is when people don’t feel the need to work as hard toward the goal, because they’re doing just fine [4]. Both of these processes occur at different times depending on the type of goal you have (see questions 1 and 4).

4. Does this goal require maintenance? Some goals are obviously completed once you achieve them. Earning a degree, for example. While achieving this goal may have required maintaining certain behaviors over an extended period, goal achievement is obvious and clear-cut: you have your degree. Not surprisingly, many goals are not like this. Health goals are a prototypical maintenance goal. They’re never truly completed. Even if an initial first part has been achieved, such as reaching a goal weight, the maintenance phase will likely continue indefinitely, which is why continued success is difficult without additional reinforcements (to be discussed in a later post!). Maintenance goals often require rewards, consistent checking in with yourself about your progress, and, sometimes, flexibility regarding the means to goal achievement.

Goals are complicated. Rarely, if ever, do people pursue a single goal at any time [5]. We are continuously juggling and re-prioritizing our goals, big and small, every day of our lives. Doing so is undoubtedly hard work, and these questions certainly do not capture every element of goal pursuit. However, if you’re struggling to finish something or you need a refresher, ask yourself the questions above. They’re a good place to start. 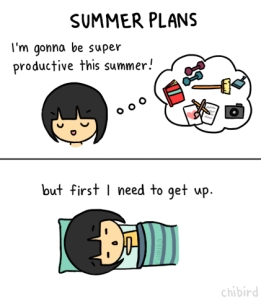